WHERE CAN I GET INFORMATION ABOUT A WILL, ESTATE OR PROBATE PROCEEDING?

The Broome County Clerk’s Office does not handle Wills, estates or probate proceedings.

Broome County Surrogate’s Court has jurisdiction over all actions and proceedings relating to the probate of Wills and the administration of estates.

ARE WILLS FILED IN THE BROOME COUNTY CLERK’S OFFICE?

No.  Since Wills contain a wealth of confidential personal identifying information, they are not filed in the Broome County Clerk’s Office.

Instead, your Will should be kept in a safe, secure and accessible place until it's needed.

WILL A COPY OF MY LAST WILL AND TESTAMENT SUFFICE?

No, the original Will is needed in most circumstances.

CAN I MAKE CHANGES TO MY WILL?

Once a Will is written and signed, you can’t cross out, initial or make changes to it.  You can only amend a Will by:

According to the New York State Unified Court System’s website, you also shouldn’t “…remove the staples from the Will when making copies. Doing anything to the Will can be a reason to invalidate it. If the staples were removed, you must tell the Court in a signed and notarized affidavit why they were removed, where it has been kept since it was executed, and that you believe no substitutions or changes have been made since its execution.”

DO WILLS NEED TO BE NOTARIZED?

No, Wills are not notarized documents.  They must be signed and dated in front of 2 witnesses who aren’t beneficiaries under the Will.

WHO DISTRIBUTES THE ESTATE AND CARRIES OUT THE DECEDENT’S WISHES?

When someone passes away and leaves a Will, it's said they died "testate" and their property (or estate) must be divided as they saw fit.

In a probate proceeding, the Executor named in the decedent’s Will is responsible for distributing their estate after it’s been filed in Surrogate’s Court.

To begin, the Executor will need to file the following documents in the Surrogate's Court in the county where the decedent maintained their primary residence:

WHAT IF SOMEONE DIES WITHOUT A LAST WILL AND TESTAMENT?

When a person dies without a Last Will and Testament, it's said they died "intestate."

Who gets what depends on who the living relatives are and their relationship to the decedent (the person who died).

The closest heir to the decedent must file an Administration Proceeding in Surrogate’s Court, which will issue Letters of Administration authorizing someone to manage the distribution of the decedent's property according to State law. 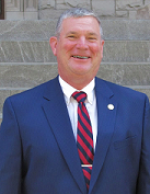