(BINGHAMTON, NY) Broome County Department of Public Works Commissioner Leslie Boulton was recently selected as the 2019 Outstanding Civil Engineer in Government by the American Society of Civil Engineers (ASCE). The ASCE, the nation’s oldest engineering society with over 150,000 members, provides the award to recognize outstanding engineering effort of government service civil engineers who further the advancement of the practice and profession of civil engineering. 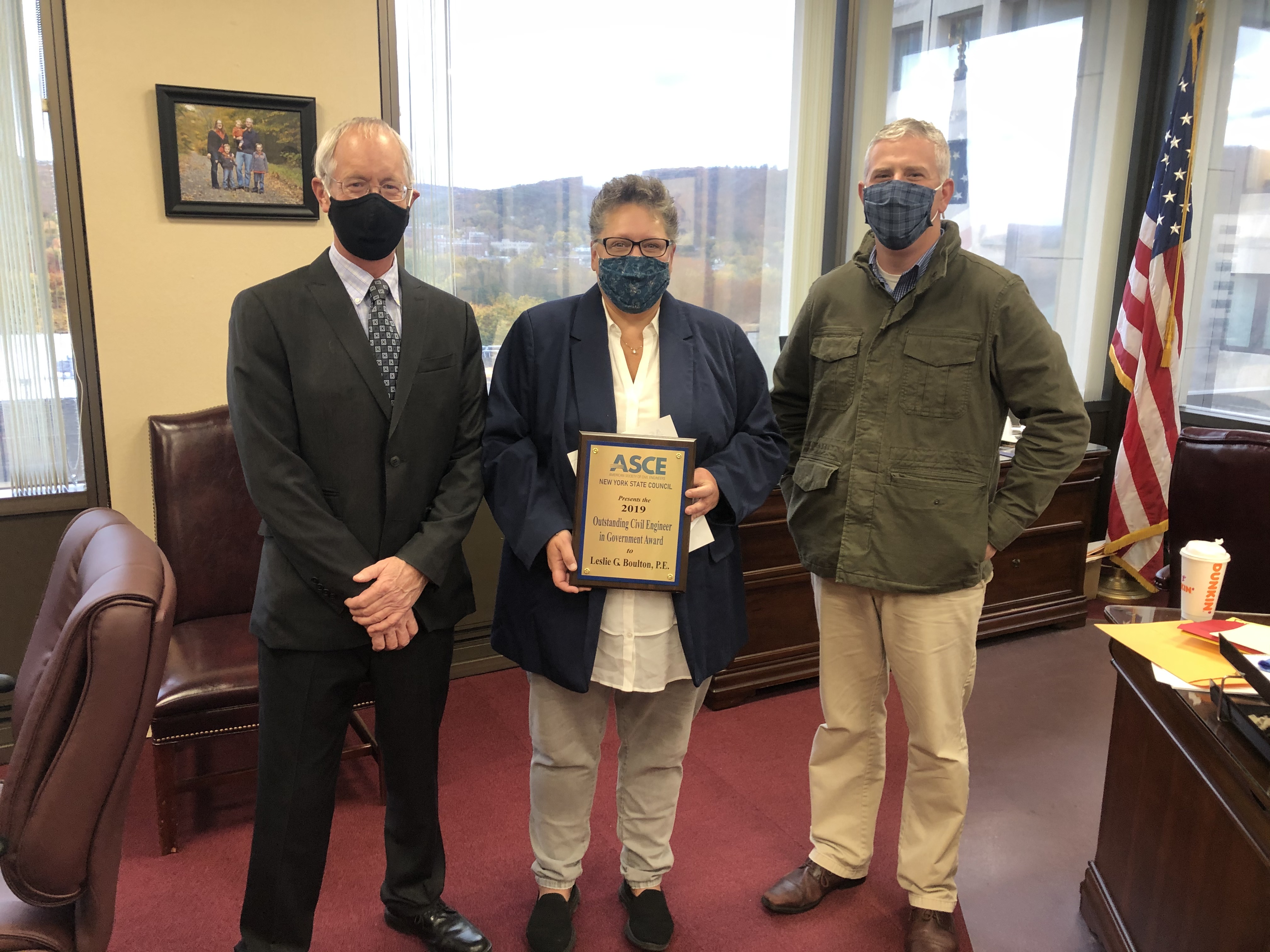 “Receiving this award from ASCE is an honor, and I am thankful to the New York Council for this professional recognition,” Commissioner Boulton said. “A huge thank you to my amazing and dedicated engineering staff, your support and hard work make my job so much easier.”

Boulton began her career with Broome County as an engineer in the Department of Public Works in 2009. She became the Deputy Commissioner of the engineering division in 2011. When County Executive Jason Garnar appointed Boulton to the role of Commissioner in 2017, she became the first female commissioner in the department’s history.

“This is an amazing recognition and I can think of no one more deserving,” said Broome County Executive Jason Garnar. “Thank you to Commissioner Boulton for her commitment to Broome County and the incredible work she does leading our Department of Public Works each and every day.”

Boulton received her undergraduate education at the New Mexico Institute of Mining and Technology and went on to obtain her Master’s in Environmental Engineering from the University at Buffalo. She is a licensed civil engineer in not only New York, but Vermont and New Hampshire as well.

Boulton is currently one of the 6,600 members of the NYS Council of the ASCE. She is also part of the membership committee and serves as Practitioner Advisor for the ASCE’s Ithaca Section, which covers nine counties in the Southern Tier.