(BINGHAMTON, NY) – In the spirit of American Heart Month, the Centers for Disease Control and Prevention (CDC) released a new Vital Signs report that stated Americans consume much more sodium than they should, and that most of the sodium comes from common restaurant or grocery store items.
The Vital Signs report listed 10 types of common foods that are responsible for more than 40 percent of people’s sodium intake: bread and rolls; luncheon meat, such as deli ham or turkey; pizza; poultry; soups; cheeseburgers and other sandwiches; cheese; pasta dishes; meat dishes, such as meat loaf; and snack foods, such as potato chips, pretzels and popcorn. Foods that are consumed several times a day, such as bread, add up to a lot of sodium even though each serving is fairly moderate in sodium.
The study also notes that the average person consumes about 3,300 milligrams of sodium per day, not including any salt added at the table, which is more than twice the recommended limit for about half of Americans and 6 of every 10 adults. The U. S. Dietary Guidelines recommend limiting sodium intake to less than 2,300 milligrams per day. The recommendation is 1,500 milligrams per day for people aged 51 and older, anyone with high blood pressure, diabetes, or chronic kidney disease, and African Americans.
According to New York State Vital Records, Broome County has a high mortality rate for premature deaths associated with cardiovascular diseases (128.8 per 100,000 compared with a state rate of 103.9 per 100,000) and a higher mortality rate for stroke (37.7 per 100,000 compared with a state rate of 26.3 per 100,000).  In addition, the percentage of Broome County adults reporting a diagnosis of high blood pressure exceeds the New York State Rate (28.9% compared with a state rate of 25.7%).
Too much sodium raises blood pressure, a major risk factor for heart disease and stroke, killing more than 800,000 Americans each year and contributing an estimated $273 billion to health care costs.
Other key points in the Vital Signs report:
Here in Broome County grassroots efforts are being made to address this problem. In September 2010, the Broome County Health Department was awarded a three year Sodium Reduction in Communities grant from the CDC to support coalition building and policy strategies which create healthier food environments and reduce sodium consumption. Public health programs like the Broome County Sodium Reduction in Communities Project collaborate with community partners to create policy, systems and environmental changes to reduce morbidity and mortality from chronic diseases of the heart directly impacted by high dietary sodium.
Broome County is working with local grocers and the food industry to make lower sodium products more accessible and available to meet the growing consumer demand for these products.
“Consumers need to be aware that 65% of the sodium in their diets comes from processed and packaged foods purchased in food stores,” said Claudia Edwards, Broome County Public Health Director. “By reading food labels, choosing products lower in sodium, and talking with grocery stores about increasing the availability of lower sodium products, consumers can influence the food industry to create an environment of healthier food choices,” Edwards added.
People can lower their sodium intake by eating a diet rich in fresh or frozen fruits and vegetables (without sauce), while limiting the amount of processed foods with added sodium. Reducing sodium is also a key component of the CDC’s Million Hearts™ initiative, an initiative that intends to prevent one million heart attacks and strokes over the next five years.
To learn more about reducing sodium, Vital Signs or the Million Hearts initiative visit:
www.cdc.gov/salt
http://millionhearts.hhs.gov
http://www.cdc.gov/vitalsigns
CDC Vital Signs provides timely, high impact, and data-driven prevention information, linking science, policy, and communications to create a call-to-action. The full report and past issues of Vital Signs are available at www.cdc.gov/vitalsigns/. 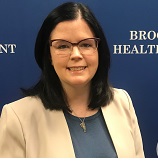